Creating a video series as a teaching tool? Colleagues from the Sustainable Development Programme supplemented the project design learning experience through film

Delivering dynamic and engaging training programmes is at the core of the International Training Centre of the ILO’s mission. In a recent course, colleagues from the Sustainable Development Programme created a video series to supplement the learning experience.

The Project Design Certification Programme attracts UN constituents and staff, and other development practitioners, from all over the world. Growing interest in certification programmes led to the creation of an innovative online learning product.

This certification programme lasts three months, in which participants go through different assessments every week with a final assignment. Basically, anybody interested in designing a project and in being certified as a project designer can take this course: staff from international organizations, government officials, ILO constituents, consultants, private sector actors from developed and developing countries. 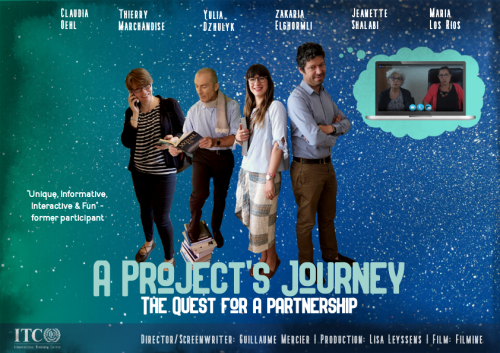 The online certification programme ultimately aims to certify that participants have acquired the knowledge, skills, and appropriate attitudes for effective project design. When developing the certification programme, its designers looked for a way to address the question concerning the appropriate attitudes and behaviours needed to design a project. This is where the video series comes in.

The twelve online modules contain 22 scenes. Each scene has a specific learning objective with technical content delivered within the story.

Each of the 22 scenes and the 12 modules forming the online certification programme can also be reused and repackaged independently, increasing the versatility, utilization, and visibility. For example, in the blended version of the certification programme, participants see the first six scenes of the film and still reach the necessary learning objectives. 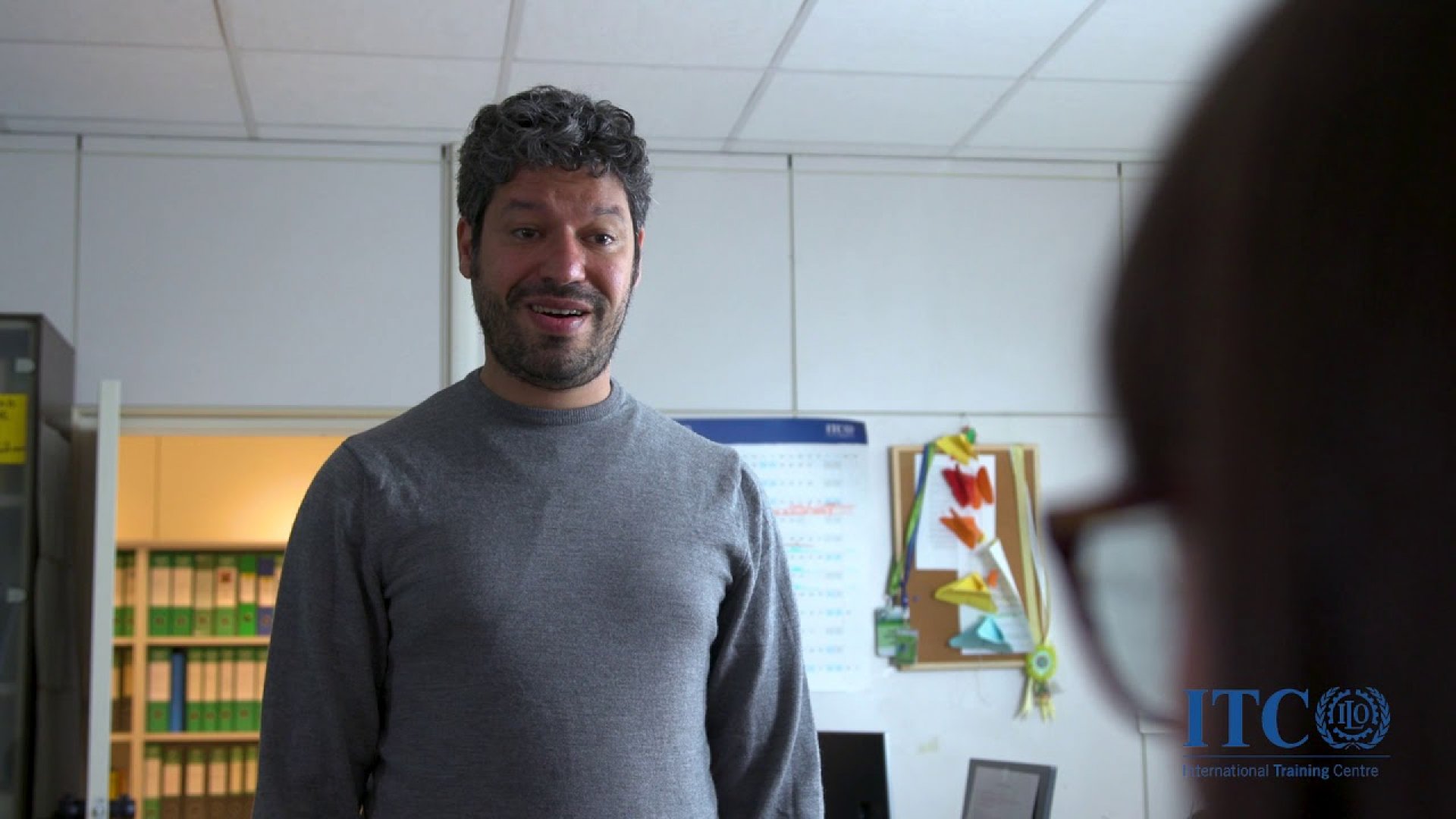 The series was ideated by Senior Programme Officer Guillaume Mercier and involved the collaborative teamwork of numerous staff members and consultants from thirteen different countries.

The series was made by bringing colleagues from different departments, allowing us to come out from our day-to-day routine, to exchange and learn from each other and also to have fun!

Yuliya Dzhulyk, one of the main actors, reflects on this experience: "It felt like a totally unexpected, spontaneous freefall jump into the unknown." This endeavor took flexibility, courage, and adaptability. "This project is a good example of teamwork," she shares, "We were there for each other on set, even though we never had a chance to work together before."

Everything was shot on campus, yet that did not stop the creativity from flowing. The ITCILO lounge was transformed into the Beijing airport VIP lounge and the ITCILO parking lot suddenly became the UN’s Geneva headquarters. 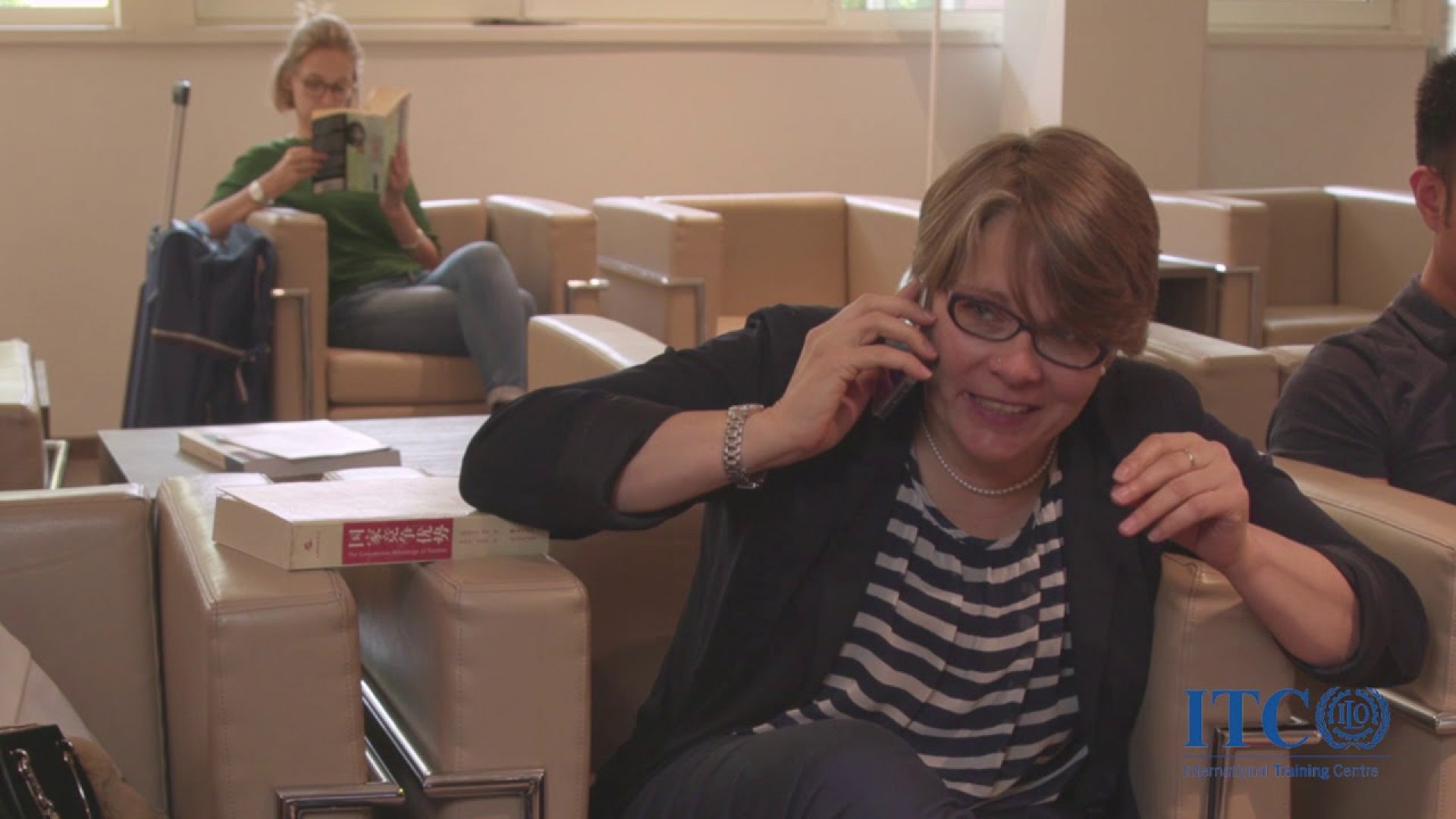 The human-centred approach was key in making the episodes relatable. The series has six main characters:

- Yuliya represents the participants, allowing them to empathize with her throughout the project cycle. Due to lack of funds, her current position is jeopardized and drafting a serious and innovative project looks like the only solution.

- The bad habits of project writing are depicted by Zakaria, who works for another programme. He portrays the most common errors and practices to avoid when preparing a project.

- Jeanette and Maria are the project local partners who also behave in some moments as the project donor. The growing tensions between them on one side and Yuliya and Zakaria on the other side drive the story’s conflict.

- The philosopher of the series is Thierry. Always reading and thinking, he questions ethical issues around project writing.

- And last but not least, there’s the super consultant: Claudia. She’s never in one place, she’s always busy, she’s always on the phone, she has no time, but she is always genuine and authentic. 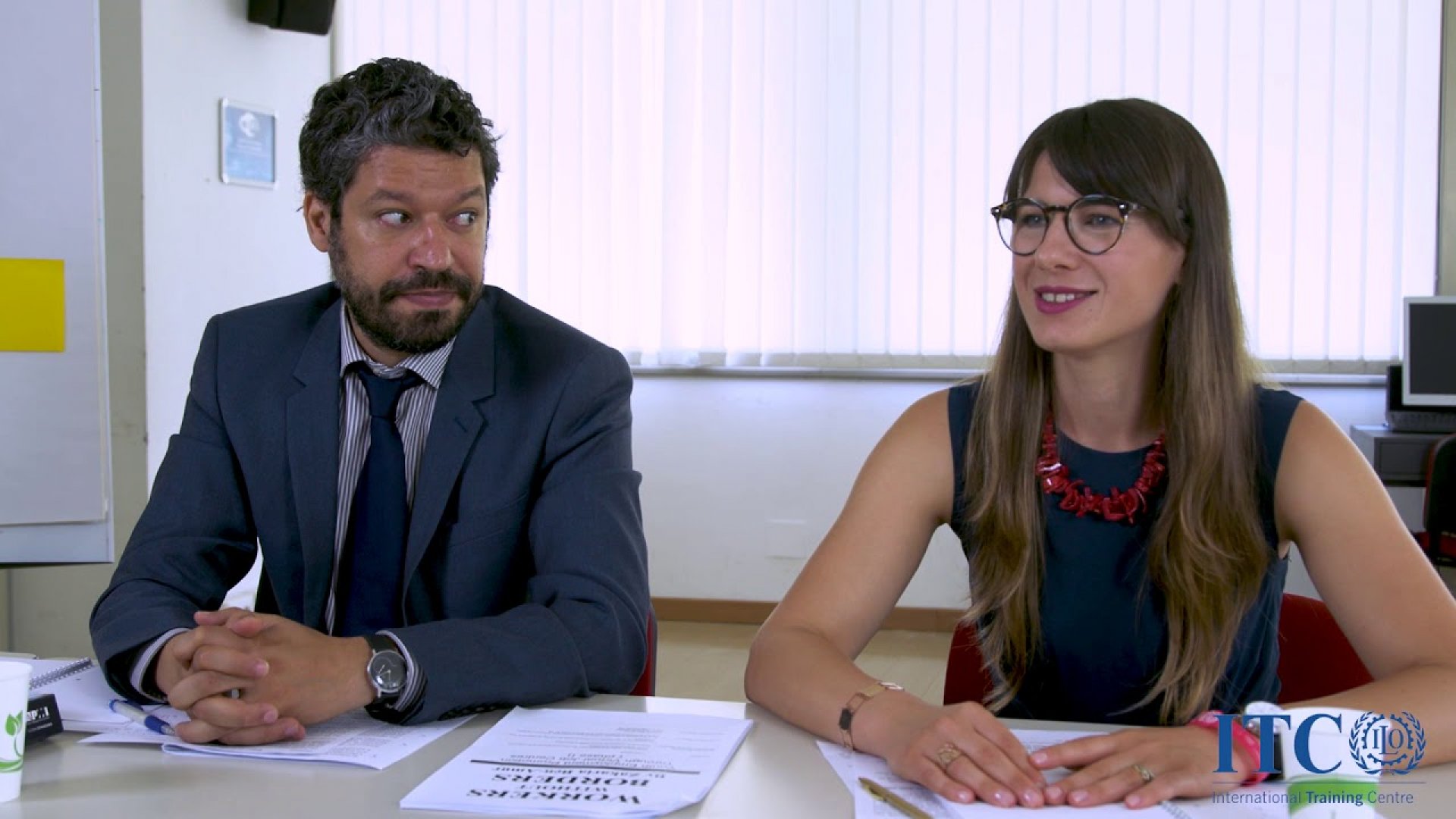 “The feedback is positive,” shares Guillaume, “I showed it in two recent workshops and the participants were laughing and found the discussion around the selected episodes interesting for learning. The reaction from the online participants is also good. They say you read, you complete the online modules, the assignments, you learn, and out pop these video episodes."

Yuliya also reflected on the added value of storytelling: "[the] videos gave a human face to the theory." Participants could better relate and empathize with the characters.

It’s a pause. It’s another way of learning.

Originally the actors agreed to participate in two or three videos, but in the end the project became rather extensive. Nevertheless, fun was at the root of the process and the actors performed until the last scene.

Some participants even emailed Yuliya commending her acting skills and jokingly saying they’d hoped she’d finalized her project before the end of the online certification programme. One day in the ITCILO cafeteria, three participants approached Zakaria, asked if he was actually an actor, and praised his performance. A few weeks ago at another event, two participants began talking about the series and started quoting some of the dialogues. This learning method is without a doubt making a lasting impact.

This was the first edition of the online certification programme, but it is only the beginning. All the world’s a stage, as they say.

This innovative endeavour could not have been possible without the united team effort:

Virtual reality can be a powerful learning and training tool on OSH principles.

How to leverage public funds for better development impact

5th Global Conference on the Elimination of Child Labour

How to organize a global hybrid event for kids