Learning begins at own pace, continues through high-quality, engaging “real time” sessions and ends with an individual assignment

Introduction to the course

In today's globalized economy, workers are increasingly looking for job opportunities beyond their home country in search of decent work and better livelihoods. In addition, millions of workers migrate internally in search of employment. Public and private employment agencies, when appropriately regulated, play an important role in the efficient and equitable functioning of labour markets by matching available jobs with suitably qualified workers. The new reality that the COVID-19 pandemic is creating for countries is having an enormous impact on workers' mobility across borders, particularly due to the imposition of strict limitations on international travel. In addition, the unprecedented reduction in economic activity is critically impacting all workers, including migrant workers, putting them in economic peril, and endangering their health and psychosocial wellbeing. Nevertheless, countries and businesses are and will continue recruiting workers nationally and internationally, in particular into those sectors considered essential. Recruitment practices are adapting quickly to respect COVID-19 prevention measures. This includes shifting to online modalities , looking to recruit nationally (e.g. unemployed migrant workers already in the labour market in the country of destination, or national workers), and preparing for safe and fair recruitment practices once travel restrictions are lifted. Social dialogue is essential to discuss and agree the measures to be taken.

However, concerns have been raised about the growing role of unscrupulous employment agencies, informal labour intermediaries and other operators acting outside the legal and regulatory framework that prey especially on low-skilled workers and those desperately searching for work. Reported abuses involve one or more of the following: deception about the nature and conditions of work; retention of passports; illegal wage deductions; debt bondage linked to the repayment of recruitment fees; and threats if workers want to leave their employers, coupled with fears of subsequent expulsion from a country. A combination of these abuses can eventually result in human trafficking and forced labour, which are often linked to other serious infringements of fundamental rights in the workplace. Despite the existence of international labour standards relating to recruitment, national laws and their enforcement often fall short of protecting the rights of workers. For migrant workers, these may be coupled with threats if workers wish to leave their employers, and fears of subsequent expulsion from a country. In response to those challenges, The Fair Recruitment Initiative (FRI) was launched in 2014 as part of the ILO Director General's call for a Fair Migration Agenda. Since its launch, the FRI has been critical to ILO's work in the area of national and international recruitment of workers and has added renewed impetus and visibility to this important topic. Through the implementation of the first phase of the strategy between 2014-2019, the role of ILO and its constituents has expanded and the development of additional knowledge, tools and guidance has contributed to advancing the international debate on this subject.

Who attends this course?

Prove your skills with a Diploma

This course is part of one Diploma programme: 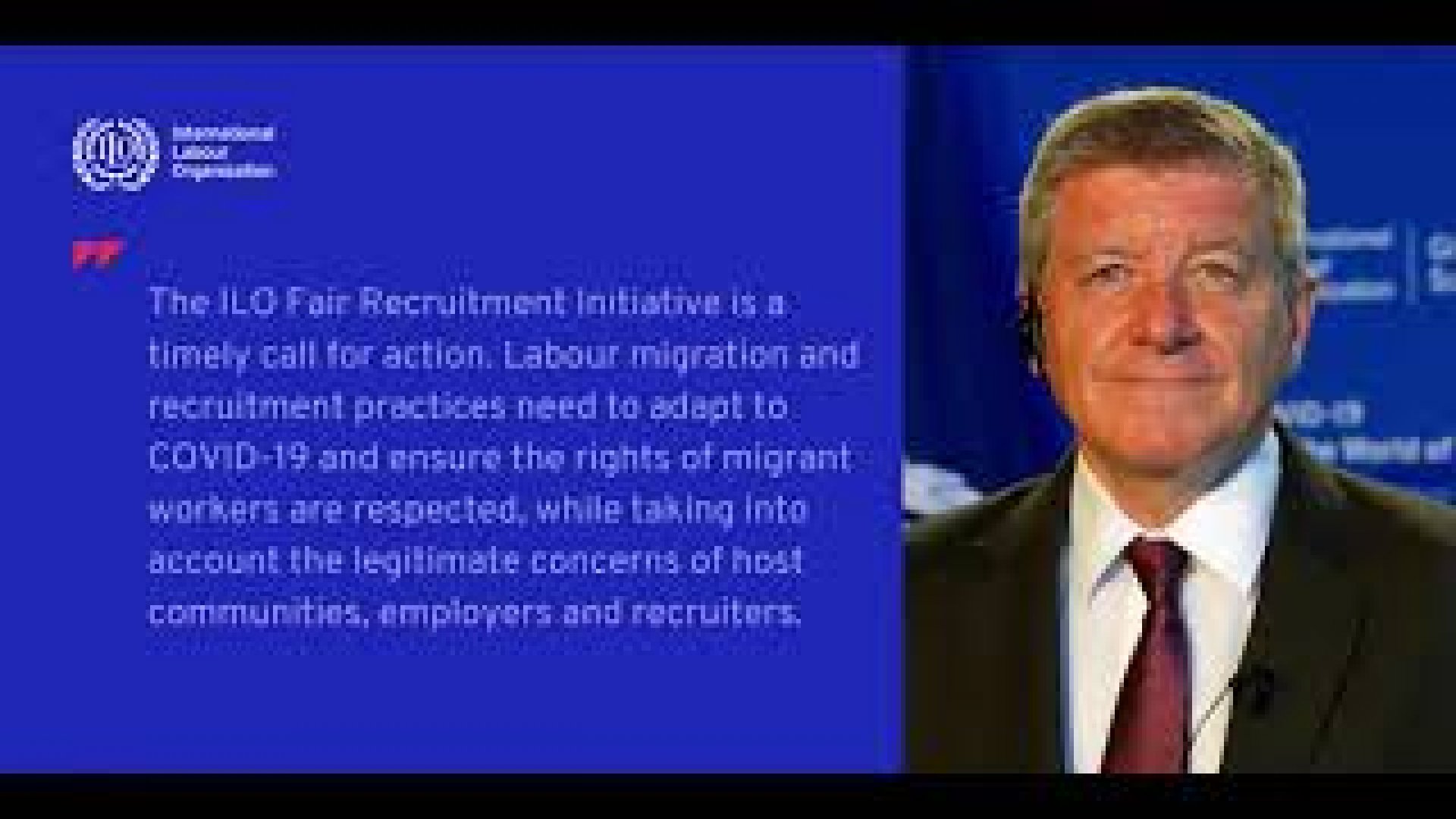 This course, based on the ILO Fair Recruitment Initiative Strategy, is a direct answer to the acknowledged need to reinforce the capacities of the ILO constituents and other key actors, in particular, within the cotext of exacerbated challenges created by COVID 19 pandemic.  Thus, the ILO will play its role in providing capacity building and technical assistance to its constituents in promoting fair recruitment and ensuring that recruitment and placement services respect workers’ fundamental principles and rights, including those of migrant workers. The course is direct implementation of Pillar 1 and more specifically Target 1.4 “Training and capacity building is effectively delivered in cooperation with ITC-ILO, and materials developed, adapted and updated to address their emerging needs”.

What will I be able to do?

By the end of the course, participants will be able to:

What topics does this course cover?
What will I be required to do during the course?

Course learning materials and tuition will be offered online in English and Spanish. The following requirements are therefore essential to participate in this course:

How is the course structured?

The course consists of a number of online modules offered through the e-campus online platform to be completed over a period of six weeks from 23 August to 01 October 2021, for an estimated total of 60 learning hours. The course is broken down into three phases:

Do you know someone who'd love this course?
Tell them about it!